"After the Flood" a poem by Francis Brabazon, from THE WORD AT WORLD'S END

a poem whose time has come 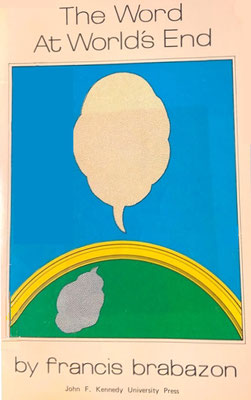 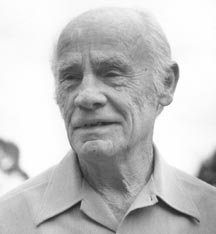 Francis Brabazon was an Australian poet born in 1907 in England. He grew up on a farm in Australia, left as a young man, and lived a Bohemian artist's life in Melbourne in the '30s. Eventually, he connected with a teacher of Sufism named Baron von Frankenberg. Through his Sufi studies, Brabazon became aware of and interested in Meher Baba, an Indian sage whose followers believed him to be the Avatar, or World Messenger, of our times. In 1959 Brabazon moved to India to live as one of Meher Baba's closest disciples. He remained there for ten years, then returned to Australia not long after Meher Baba passed away. The poet died in 1984.

Brabazon wrote many books of verse. One of his last, titled THE WORD AT WORLD'S END, appeared in 1971. Near the end of the volume is a poem of about 8 page  titled "After the Flood." It is set along a seacoast in Australia. A group of people has gathered "after the destruction," meaning a colossal world cataclysm. As the sun is about to rise over the ocean, one of them begins to speak. His eloquent speech about what has happened to the world, and why, comprises the bulk of the poem.

THE WORD AT WORLD'S END has not received a great deal of mention in recent years, even in Meher Baba circles. However, several weeks after the current Coronavirus pandemic began, a line of Brabazon's poetry began buzzing through my head. I remembered that he had written an extremely powerful poem about a future time bearing at least a "ballpark" resemblance to our own fraught present, in which the narrator tackles "big" (huge) questions.  I was mistaken about which book the poem was from, but after a little searching around, found it.

"After the Flood" is as great as I remembered, and even more powerful to read now because of our current predicament.  Mr. Brabazon was far ahead of his time, in this poem and many others. But now, it seems, his time has come.

Below I present "After the Flood", scanned from a copy of THE WORD AT WORLD'S END. The poem was nowhere to be found on the Internet. Now, at least, it is here in this form, as well as the video recording I made even before doing these scans, so that some rendition of the poem could be "gotten up there" right away!

Reciting the poem was every bit as powerful an experience as I had anticipated. As one person commented on Facebook after I put up these pages : "It is such a great poem. The way he has constructed it is sublime quite apart from the message."

Although "After the Flood" has not recently been online, the Avatar's Abode Trust of Woombye, Australia, which currently holds the copyrights to all of Francis Brabazon's works, has a section about this poem and each of the others in THE WORD AT WORLD'S END, on its website. https://francisbrabazon.org/category/poetry/the-word-at-worlds-end/. The website is also a vast treasury of additional information about the poet, his work, and his connection with Meher Baba:

Note: This poem's, and all of Francis Brabazon's work's, copyright is held by Avatar's Abode Trust, Woombye, Queensland, AU.

Below is a graphic quoting a section of the poem, followed by my YouTube video recording of the entire work, and finally a  print version of the poem, comprised of scanned book pages

The first two lines in the graphic are the ones that popped into my head recently. I realized this poem's relevance to our current situation,  and went on to try to make it more easily accessible.

Video Recitation of "After the Flood," recorded on YouTube on April 8, 2020

Print Version of "After the Flood," from Scans